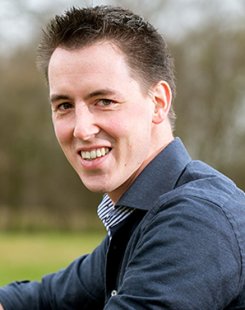 As project engineer at Royal HaskoningDHV Harm I worked already on river and coastal projects in the Netherlands, but also on several projects abroad. During YEP I worked on one of the largest and most interesting flood protection projects in Colombia: the restoration of the Canal del Dique system. This 120 km long artificial channel between the large Rio Magdalena and the bay of Cartagena is struggling with problems considering:

Since 2013 Royal HaskoningDHV works together with its Colombian partner Gomez Cajiao to study the project area in detail, analyzing previous studies, (re)designing possible solutions and studying the consequences for hydrology, safety, navigation, ecology and drinking water extraction. A final integral solution including detailed design will be delivered based on cost-benefit analysis.

In this project I worked on several aspects of the project: data analysis (GIS), hydraulic modelling, executing hydrographical surveys (and data processing), assisting in the final design process and also looking for other market opportunities.
Click here for more information about my project.

I have been working as a hydraulic and coastal engineer at Royal HaskoningDHV for more than 2 years in the Netherlands. I focused on hydraulic modelling and engineering, but also want to learn other aspects within my discipline. I worked 2 years part-time as assistant Technical Manager for the Ministry of Infrastructure and Environment in the Netherlands on one of the projects in the Room for the River programme. This national flood prevention programme consists of more than 30 large projects along the Rhine Delta. These projects all focus on 1) giving the river more space to discharge the large quantities of water during flood periods and 2) improving the environmental quality (recreation and ecology) of the area.