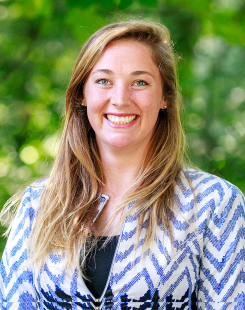 Resilience BV and its daughter company Resiliência Moçambique lda aim to improve Mozambique’s agricultural potential and strengthening food security in Mozambique. We aim to become the broker between the realities found in the field of smallholder irrigation and realistic sustainable working modalities for private and public efforts of investments in agricultural smallholder development. This is done by translating theory into practice around smallholder irrigation development through social-technical and hydrological research in Mozambique.

Katrien’s experiences in the field ‘with her feet in the mud’ among farmer led irrigation systems in the Ulugurus Mountains, Tanzania, and moving around on heels through the diplomatic world of Maputo during her time at the Embassy are perfectly combined in her role within Resilience BV. She will work with Agricultural Water Management with farmers in and around Chimoio, and will further strengthen the company and consolidating its position through networking and project support from Maputo.

Nationality: Katrien is Dutch, but was born in Sweden, lived in Pakistan and Laos during her childhood years and since 2015 has set foot in Eastern-Africa and thus far has not left.