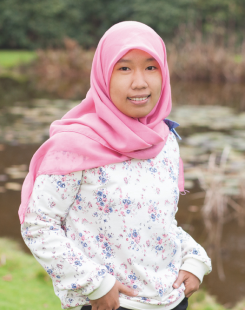 I worked as a local Young Expert for Deltares. I focused on hydraulic aspects, especially for flood hazard mapping in Jakarta. To generate the network system for flood hazard mapping, I had to deal with some software like GIS and SOBEK. I also needed to understand the drainage systems, how they were connected, and the operation system and what causes the floodings.

I graduated from Master Degree on October 2014 and started to work for Deltares on November 2014. I spent most of my time in researches when I was studying in Master Degree and had some publications: